As explained in this video, Mica is a mineral essential to modern life. It is used in makeup, electronics, insulation, technology, paint, and even toothpaste. Globally, the mica industry is worth over half a billion dollars, and India is at its center with the world’s largest and highest quality reserves of mica. The majority can be found in the country’s eastern state Jarkan, a state in which nearly 33 million residents live in rural areas where illegal and unregulated mica mines dominate the trade. The operations have remained illegal since the 1980s when restrictive environmental laws drove the industry underground.

The labour force responsible for the extraction of Mica consists mostly of children. The children’s job is to physically extract the mica mixture from underground caves and sift it through a panel in order to separate the mica from the gravel. Then, the mica is taken and sold by other actors who ship it overseas.

Pooja Bhurla is an 11 year old girl who has been mining mica since she was eight. She works every single day. She asks: “if we don’t pick mica, how will we put food on the table?”  Pooja explains that she is scared to go into the deep caves, not only because they are dark, but because they are deadly: “if debris falls on me, I will die”.

It has been estimated that up to 20, 000 children are working all across the region in mica mines and that there are 10-20 deaths of children each month.

The mica trade is built on a facade that it’s players have a stake in maintaining. Once the mica leaves the mine, it’s funneled into a process that conceals the fact that children ever had anything to do with it.  Traders transport the mica to intermediaries who often sell it under the licence of a legal mine from another part of the country. By the time the mica is exported, its illicit origins have been stripped away. But back in Jarkhand, it is impossible to escape the realities of the trade and the risks that go along with it: cuts, broken bones, respiratory illnesses that can damage or scar the lungs, and death.

Jharkand suffers from a classic case of the resource curse. Areas with abundant resources tend to be impoverished as a result to government corruption and commercial exploitation. Despite the fact that this area is rich in its accumulation of wealth through natural resources, Jharkan has one of the highest poverty rates in the entire country. Many of the children working in the mines, including Pooja, make less than a quarter a day.

The father of Pooja explains that they all (his family and the broader community of the village) have to work together to make a living. “Our only option is to work here in order to earn”, he remarks. To send pooja to school, her parents would need to receive 56 cents per kilo (30-40 rupees/kg). 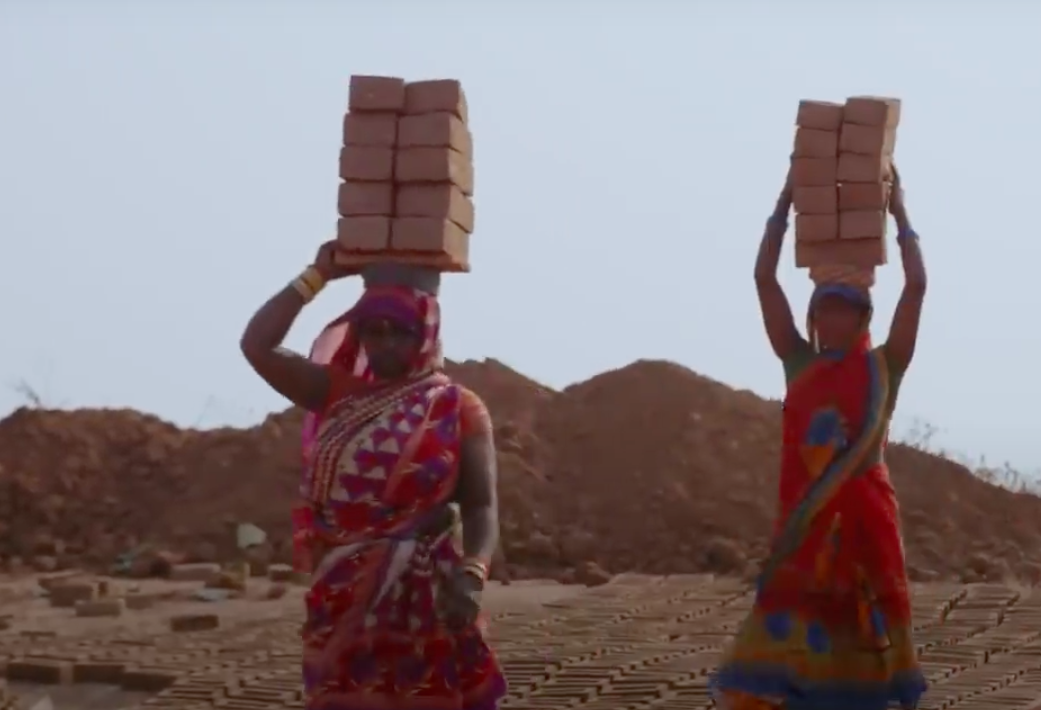 In 2016, the Thomas Reuters Foundation revealed to the international stage that mica was being mined in India by children at a deadly cost. They stipulated in their report that the “deaths of child workers in India’s mica ‘ghost’ mines [are] covered up to keep [the] industry alive”.

The revelation of this underground scheme of child labour forced the beauty industry into a moral reckoning. While some companies have pledged to work with the mining communities in India to create a sustainable supply chain, other companies like Lush that have built a brand on ethical sourcing have decided to pull out of natural mica altogether. Because there is little to no transparency in the production of mica from the Indian supply chains, they prefer to end their ties with the mineral because they do not want to risk capitalizing off of a product that “might have a death attached to it”.  Instead, they use synthetic mica.

Others hold opposing views. Aysel Sabahoglu argues that, because mica is in almost any product you use, you should not try to avoid mica but should instead make sure that the company from which you buy your mica gives the working families living wages. Moreover, if all consumer chains pull out of Mica, how else are these families to make a living?

Important questions to reflect upon, however, are as follows: how is anyone able to make sure that the families are given living wages if there is no transparency from supply chains? And more importantly, even if this is realized, what will become of the families once Mica runs out?

The government is aware of the illegal child-exploitative scheme, but does little about it. But while solutions are slow to come from the government, a movement on the ground is providing some hope. “The Child Friendly Village”, piloted by the Kailash Satyarthi Children’s Foundation, is connecting parents to new income streams so that they along with their children don’t have to work in the mines. Instead, the children can go to school and break the cycle of poverty affecting their families.

However, there are only so many available jobs and opportunities for the families in Jarkland, and the demand today for Mica is stronger than ever. So again I ask: when children are at the cost of our products, who’s responsible for stepping in?

Information and images extracted from https://www.youtube.com/watch?v=IeR-h9C2fgc

This site uses Akismet to reduce spam. Learn how your comment data is processed.